№7 in the hotel rating Costa Daurada
7.8 Rooms
8.4 Service
7.5 Cleanliness
8.9 Food
7.4 Amenities
The hotel is located in a picturesque quiet area of ​​the resort, in a separate bay, the coast of which is covered with dense coniferous vegetation. Homely atmosphere and excellent cuisine are combined with a high level of service and attention to each guest. The hotel is the best suited for tourists who prefer a relaxing holiday. Part of the BEST HOTELS group of hotels. Built in 1999, renovated in 2007-2008.More →
Reviews 8

Animation for both adults and children.

There was no renovation for a long time. There are Russian speaking staff.

We dine in it.

The first line, but the coast is rocky.

The rooms are spacious, clean, tidy, the beds are large.

Everywhere balconies, but there are more and less.

There is a spa.

For lunch: everything is delicious, there is beef, strawberries with cream. Delicious.

Despite the fact that there was no renovation for a long time, it does not smell of "junk". Clean, comfortable.

After Turkey, the sluggishness of the waiters caught my eye - in the middle of breakfast or dinner, about half of the tables were not cleaned. If there are not enough waiters, hire more.
I remember that in Turkey there was a whole detachment of waiters, they flew like meteors, before the shift they received a “stick” from the manager - as a result, with a much larger number of vacationers, almost all tables were removed. Here, the waiters are imposing in a European way - as much as they have time, so much to eat. We carry dirty dishes from the tables ourselves. Not annoying, just a fact.

As for the cleaning in the room - I would not say that it is perfect. Hair on the sink, dust and debris in the corners, do not reach the balcony at all. Grannies clean up, the quality does not depend on the availability and size of the tip. Oh, and one more thing - there are carpets in the corridors, but there are no vacuum cleaners, they are cleaned with brushes - therefore, there is a persistent smell of old dust in the corridor.

The weather wasn't particularly lucky, but it's probably because of the cold spring and summer of 2012. The air temperature is 23-25 ​ ​ degrees, the sea is cold even in mid-June (when we arrived, there was generally a strong wind and very cold water washed ashore - probably 16 degrees). It's 21 now, people are swimming.
Near the hotel, a pipe with a diameter of 40 centimeters enters the sea. First it goes underground, then it goes under water for 30 meters, then again underground. Where it goes is not clear. Looks a lot like a sewer. Here one review was also about her, the author even noticed the smell and asked the hotel staff about her. The hotel staff will never "split" and will pretend to hear it for the first time. Otherwise, they will not have guests! And sending it to the municipality is equivalent to sending 3 letters.

On the beach next to the hotel there is a shower, in front of the hotel there is a faucet for washing feet. There are no dressing rooms, let alone toilets. The sea near the shore is shallow for quite a long time, in order to go up to the chest you need to walk about 50 meters. The sand is very fine and pleasant, but there is clearly not enough space on the beach for everyone.

The shortcomings of a beach holiday were compensated by excursions. 2 for in PortAventura - the most vivid impressions.
This year, a high roller coaster - Shambhala - was opened, it is very breathtaking, especially for the first time. The second time is already normal, instead of fear - pleasure. Queues for the main attractions - an average of half an hour. Good performances. Recommend. Through the Tez-tour, tickets are 2 days cheaper than in Porto itself - an adult costs 54 euros, a child - 44. Children - up to 10 years old.

We went on a panoramic tour to Barcelona with a visit to the singing fountains. Barcelona is a typical European city, of course, it has its sights. There are a lot of tourists, right in crowds they go along the beaten routes. We went with Plana, they are cheaper than the Tez-Tour, with the same quality. As already noted in one of the reviews, it is better not to take a survey, but to go to Barcelona on your own and buy Bus Turistik. Our tour turned out to be a "gallop across Europe", there is a time limit everywhere, almost nothing is visible from the bus (one joy is air conditioning).
Our guide "broadcast" only on the bus and gave instructions on how not to get lost and not to be late. Near the Sagrada Familia, I let go around the cathedral, there was no time to go inside (yes, there are decent queues all the time). We were lucky - about halfway through the "bypass" we stuck to another group with a guide in Russian, we listened to a very interesting story about the cathedral and how it was built and is being built.

Beautiful town - Taragona. There are remains of Roman buildings - a forum, an amphitheater, etc. The only thing that alerted me was the presence of a large chemical plant in front of it. But the pipes did not seem to smoke, they did not spoil the air. I don’t know what they are doing there, I only saw that it was divided into several sectors by various companies.

YES, and what's even worse - there are no water sports here in Negresco. NOTHING! That is, it's just a hotel. And I have seen much better European 4-star hotels - with fresh juices for breakfast, and with a varied menu, and with more friendly staff.
Yes, I almost forgot - why 4 teztur. When we arrived at the airport, the meeting person could not immediately find our bus, he drove all the tourists around the airport - first in one direction, then in the other. With bags and kids.

Regarding the Russian-speaking girl at the hotel reception (I think her name is Natalya). Attitude towards customers at the scoop level, as if they do not have to serve us for our money, but we owe them something. Came up with some question, she, despite the fact that she saw that I was waiting, started a long conversation in Spanish with another manager. After waiting a couple of minutes, I went to the other end of the bar to look at the advertisement. After a couple more minutes, she began to make signs to me - like, where am I and what I wanted. I said, "You're busy, so I left. " Instead of an apology, I heard - "Yes, I'm busy, I had to finish the issue with the previous client, but can't you wait? ". If it was just - "I'm sorry, I'm listening to you" - everything would be fine.
But then "Ostap suffered. " I expressed my claims to her that it is possible to talk with a colleague even when clients are not waiting, in response I heard a lot more about "Russian tourists", that "for some reason, foreigners are meekly waiting, but our rights are being pumped. " Apparently, I was not the first to remark to her.

I noticed that anyone can come into the hotel and bask around the pool. I saw several times how couples drive up to the hotel by car, hang out by the pool (not at all big), then leave. There is no control from the hotel.

Salou is a pleasant town, there are quite a lot of people on the central streets, but where there is a walk, especially young people.

On Sundays, there is a market near Taragona - a flea market plus a fruit and vegetable market. The Plana bus goes there every 15-30 minutes. We bought fruits there - very cheaply (peaches, apricots, cherries - 2 kg for 3 euros), there is wine, oil, olives, smoked meats and all kinds of other fruits.
Of the things, nothing special, mostly china and cheap local, mostly Arab women swarm around the collapses "everything for 2-3-5 euros".

Conclusion - everyone who tunes in to an all inclusive beach holiday like Turkish, Spain will not like it. Here the service is not so efficient, in addition you will need to spend quite a lot of money - for excursions, food, drinks, entertainment.
Like You like  • 14.5
0 Comments
Show other comments …

Have a good rest!

Trip to Barcelona
Hello! We are going to have a rest in the hotel in the summer of 2014. We will definitely go by train to Barcelona. What sights would you recommend to visit in Barcelona?
9 years ago  •  1 subscriber 1 answer

Restaurant in the hotel
Hello! Tell me, please, in the main restaurant of the hotel on the all-inclusive system, is there a la carte?
9 years ago  •  no subscribers no answers
More » Ask a Question
HOTEL EXPERTS
Similar hotels 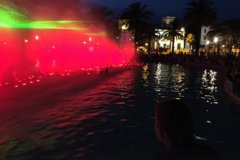 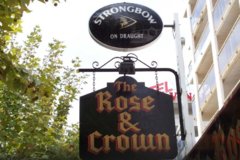