№41 in the hotel rating Pattaya
6.6 Rooms
8.2 Service
9.6 Cleanliness
7.8 Food
7.4 Amenities
The hotel is located in the southern part of Pattaya, in the Cliff Bay. Consists of two buildings.More →
Reviews 25

You can dine at nearby cafes. There is a good massage parlor in front of the hotel entrance. In the evening we went for tea to the Femeli market shop. They sell ready-made sets for tea and coffee in cups with lids. The cost of a cup is 25 baht and the cost of coffee and tea in hotels is 70 baht

Swimming is best on the islands on the beach there is a boat rental service, recruit 10 people and pay 300 baht per person.
For this money, you will be taken to one of the three beaches of the island of Colan and in the evening will be returned to the beach near the hotel. It makes no sense to save money and go to the island by ferry. Tuk tuk to the ferry 100-150 baht from the car (the more people the cheaper for those traveling) the ferry 40 baht sails for 40 minutes but waits until it is fully loaded with passengers (you will swim by boat in 20 minutes). The most deserted is Monkey Island where there are the fewest tourists and there are no waves, although there are stones at the entrance to the water

Are there rooms with balconies?
How to dry things without a balcony?
12 years ago  •  3 subscribers 2 answers 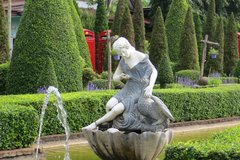 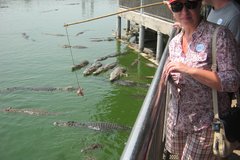 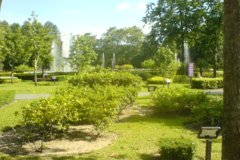 The hotel is located in the southern part of Pattaya, in the Cliff Bay. Consists of two buildings.

Location 3 km from the center of Pattaya. 120 km from Bangkok airport.
Beach
In a hotel