№28 in the hotel rating Phuket
8.7 Rooms
8.8 Service
9.5 Cleanliness
7.8 Food
8.8 Amenities
The hotel is located on Bangtao Beach (rooms 100 - 200 m from the sea), on the shores of the surrounding lagoon, 18 km from the nightlife center of Patong Beach (30 min drive), 20 km from Phuket Airport (25 min drive). The hotel was opened in 2011, the last restoration was carried out in 2013. Suitable for families, including children. Villas will be convenient for large families or companies.More →
Reviews 6

I must say right away that the hotel is far from any infrastructure.

There are hotels around.

Russian-speaking staff is available at the reception and in the restaurant.

To the beach on foot 5-10 minutes, on the beach umbrellas and sun loungers bp. Throughout the territory and throughout the lagoon, you can bp to move both on a boat and on a tuk-tuk.

Beach towels are provided by the hotel.

For children there is a kids club, the largest in Phuket, a club with staff, open until 18.00, English-speaking staff.

Sports activities are held in the evening. Yoga is free.

Wi-fi bp in the lobby.

There is a swimming pool with access to the sea.

There is a transfer to Patong 500 baht per person.

The rooms themselves are very beautiful, everything is in a lilac style, every day they put a new smell, they put smells on natural and only natural flavors.

We examined the Lagone room: 30-35 sq. m.
, number of rooms - 1, flooring - tiles, bathroom with recess (very atmospheric). There is a bp safe. Additional space is not provided.

Hello everybody! Do you really want to know what to do? End of Apr Tickets
Tickets for the end of April. How to deal with the flood?
12 years ago  •  2 subscribers 9 answers
More » Ask a Question
HOTEL EXPERTS
Similar hotels 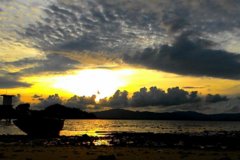 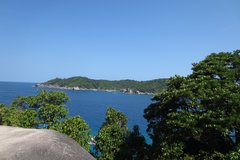 The hotel is located on Bangtao Beach (rooms 100 - 200 m from the sea), on the shores of the surrounding lagoon, 18 km from the nightlife center of Patong Beach (30 min drive), 20 km from Phuket Airport (25 min drive). The hotel was opened in 2011, the last restoration was carried out in 2013. Suitable for families, including children. Villas will be convenient for large families or companies.

Location Phuket International Airport is 25 km away.
Description of the beach Private sandy beach on the territory of the public beach 150 m from the hotel, there is a beach club on the beach.
In a hotel

For kids Mini club - a multi-level Tree House Kids Club with a children's SPA, a children's jungle playground (from 4 to 16 years old, children under 4 only accompanied by their parents). At Kids Café, located in the kids club, little guests can enjoy hamburgers, hot dogs, french fries and other favorite dishes.
Entertainment and sports Library, non-motorized water sports for free (on the beach), 2 tennis courts (lighting and rental of tennis rackets and balls for an additional fee), tennis lessons (for a fee), Pilates for free, aqua aerobics, volleyball on the beach for free, stretch for free, skiing horse riding for a fee, mini-football, big chess, darts, 2 karaoke rooms (up to 12 people).
Description of rooms

The hotel consists of four buildings (3rd and 4th floors) and a complex of villas (Residence). The hotel has 403 rooms and villas.

The stylish rooms are equipped with cable channels, a minibar, a personal safe, a hairdryer and free tea/coffee making facilities, as well as free Wi-Fi. Private balcony with breathtaking pool, garden or lagoon views. An extra bed is provided.